Arkansas leads the nation in poultry production. Poultry are domestic fowl, such as chickens, turkeys, ducks, ostriches, emus, quail, pigeons, pheasants or geese, raised for meat or eggs. The most common poultry in Arkansas are chickens and turkeys. Chickens that are raised for meat are called broilers, and chickens that are raised for their eggs are called laying hens. Arkansas is home to numerous poultry companies and businesses that support poultry companies and poultry farmers. Most Arkansas chicken and poultry farmers grow their birds on contract for poultry companies such as Tyson Foods or Butterball.

Tyson, which is headquartered in Springdale, is the largest poultry producing company in the world. Though not based here, Pilgrim's Pride Poultry has a major plant in the state as well. Other such businesses located in Arkansas include George's and Cargill in Springdale; OK Industries and Twin Rivers Foods, Fort Smith; North Arkansas Poultry, Rogers; Simmons in Siloam Springs; Butterball, Huntsville; Honeysuckle White (a division of Cargill) in Ozark; and Peterson Farms in Decatur. 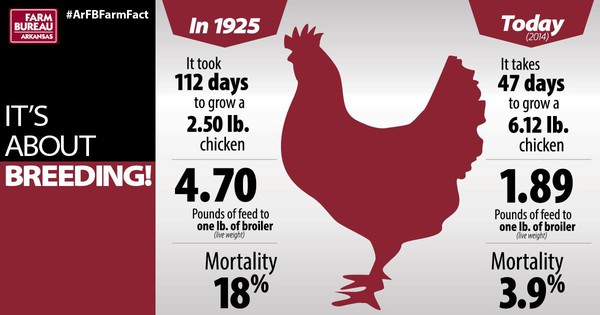 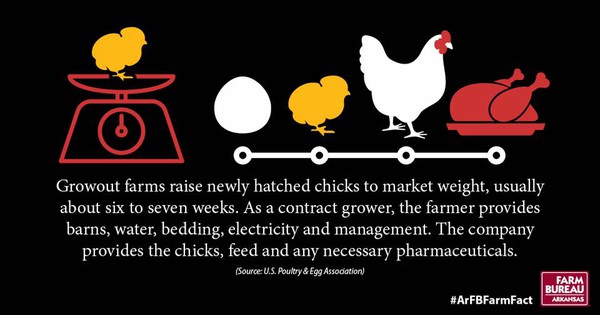 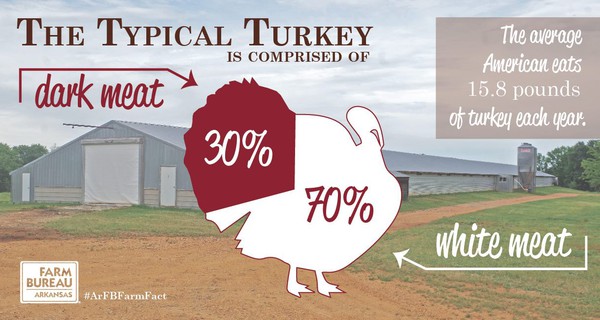