In Arkansas the five-year average for corn planted is 670,000 acres resulting in a loss of two percent of the acreage at harvest time. Planting time for corn is around early to late March and is usually the first crop to be planted for Arkansas farmers. Corn is primarily used in Arkansas for chicken feed as we are the second largest poultry producer in the United States. Roughly 70 percent of all corn grown in Arkansas goes to poultry feed mills the other 30 percent is taken to a river terminal either on the Arkansas or Mississippi River for the export market. 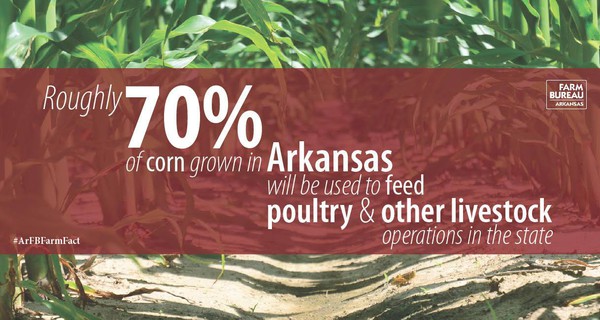 For more information on corn and grain sorghum, visit the Arkansas Corn and Grain Sorghum Board website.