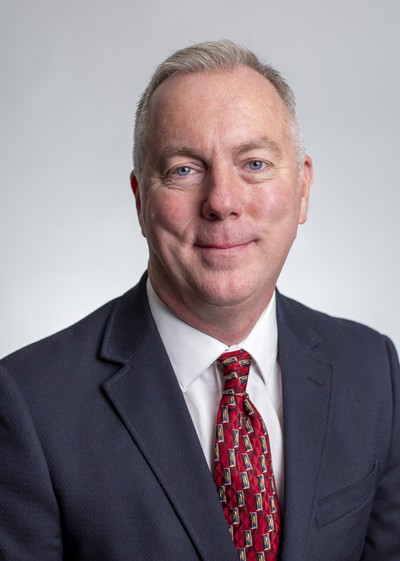 Chad Hooten has been hired as Public Relations Specialist at the Arkansas Farm Bureau, the state’s largest agriculture advocacy organization. He will work as a multi-media storyteller as part of the organization’s efforts to promote agriculture policy and heighten awareness concerning the value and importance of Arkansas agriculture.

Hooten has spent the past 30 years guiding the Hooten Publishing business, which includes an annual football guide, an accompanying weekly television show and radio appearances, as well as pre- and post-season events promoting Arkansas high schools and the communities they represent.

“We are excited to have someone with Chad’s experience join our public relations team,” said Steve Eddington, vice president of public relations at Arkansas Farm Bureau. “Chad is anxious to turn his storytelling experience toward the men and women of agriculture, as well as Arkansas' rural communities.

“His on-camera experience, video skills, audio work, social media and magazine production work will all be utilized to help promote our state’s largest industry, agriculture. Farm Bureau has utilized the Hooten publications and events to promote the organization in the past, so this is a very natural and exciting transition.”

Hooten holds a communications degree from the University of Arkansas. Before starting Hooten Publishing, he spent time as a public relations coordinator for the City of Little Rock, and with Washington Regional Medical Center. He also was a reporter and editor at KHOG-TV in Fayetteville and spent time at KNWA-TV. He was as an overnight DJ on KKEG radio while in college and worked with the UA Media Services department during that time. He started work as a 15-year-old at KKDI radio in his hometown of Sheridan.

Hooten and his wife Ashley live in Benton with their three children.

Arkansas Farm Bureau is a nonprofit farm and rural advocacy organization of almost 190,000 member families throughout the state working to improve farm and rural life.