With the YF&R Achievement Award, the Martins received a $35,000 cash prize and a trip to the 2023 American Farm Bureau Convention in Puerto Rico to compete for the national award. The Achievement Award recognizes young farmers and ranchers in Arkansas who have excelled in their farming/ranching operations and exhibited outstanding leadership abilities. The award is designed for an individual or couple involved in full-time production agriculture with a majority of their income subject to normal production risks. 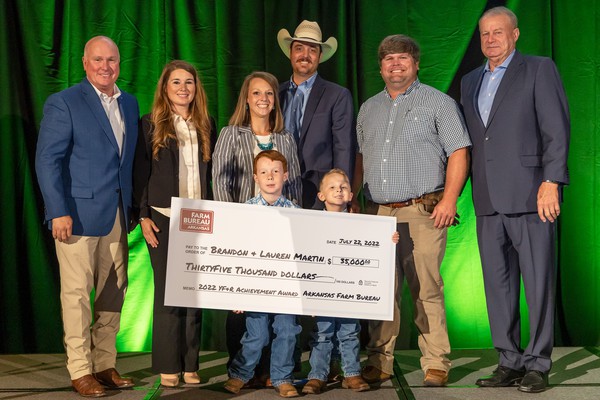 The Martins have six broiler houses, 55 head of commercial cows and a small herd of registered Hereford heifers. They also custom bale over 600 bales of hay a year on 65 acres. The couple have two sons, Braylen and Willie.

Johnson received the YF&R Excellence in Agriculture Award, which recognizes the accomplishments of individuals or couples who do not earn the majority of their income through farming, but who are involved in farming and Arkansas Farm Bureau. They are evaluated on their understanding of agricultural issues, as well as leadership, achievements and involvement in Arkansas Farm Bureau and other organizations. 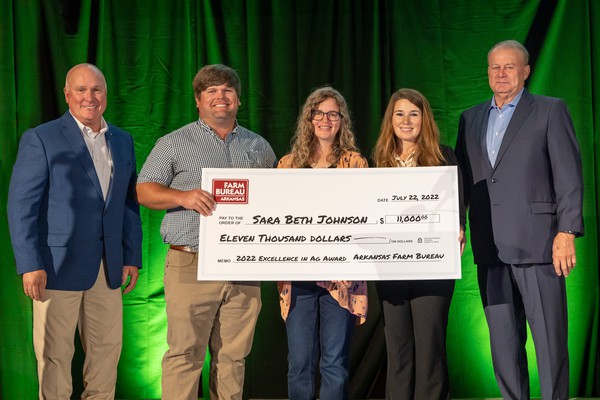 As winner of the Excellence in Agriculture Award, she will receive $11,000 cash prize and a trip to the 2023 American Farm Bureau Convention to compete for the national award.

Johnson is a content and social media specialist for Filament Ag, an agricultural marketing company. She and her husband, Colton, own and operate Flying Pig Cattle Co., where they have a commercial cow-calf herd, a goat herd and registered Miniature Herefords.