After two previous attempts were foiled by winter weather earlier this year, U.S. Senator John Boozman of Arkansas was presented Friday with the Golden Plow Award at Arkansas Farm Bureau’s mid-summer Officers & Leaders conference in Rogers. The Golden Plow is the highest honor presented to a sitting member of Congress by the American Farm Bureau. 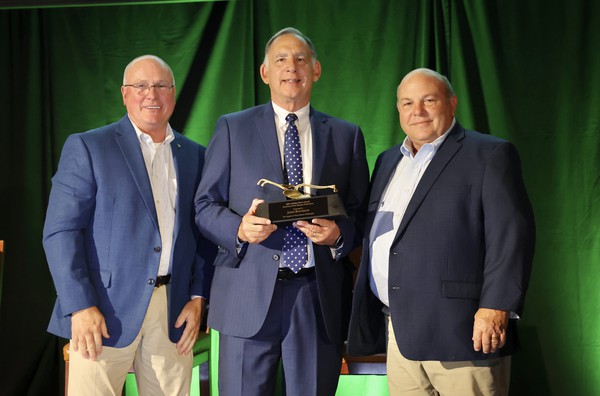 Boozman is ranking member of the Senate Agriculture, Nutrition and Forestry Committee. He is in his second term as senator after five terms in the U.S. House of Representatives, The senator is a 10-time Friend of Farm Bureau, which is awarded to members of Congress who have supported Farm Bureau’s policy positions.

“The Senator’s best attribute is his ability to find consensus. He will always stand for what he believes, though part of being a leader is putting aside the small stuff and working for the common good. He is the epitome of a statesman and has always represented Arkansas farmers’ and ranchers’ interests with tenacity and the highest integrity.”