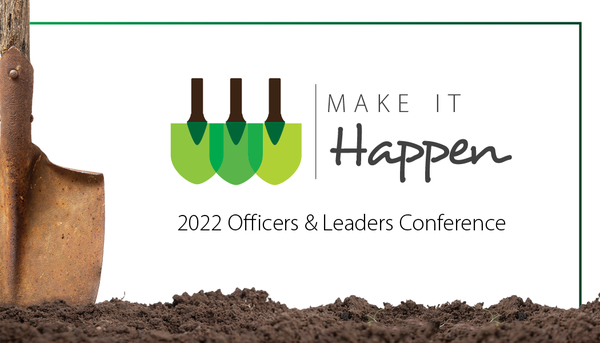 Arkansas Farm Bureau’s 74th annual Officers and Leaders Conference is set for July 21-22 at the Rogers Convention Center, carrying the theme of “Make It Happen.”

U.S. Senator John Boozman will be awarded the Golden Plow, the highest honor offered to a sitting member of Congress. Boozman, ranking member of the Senate Agriculture, Nutrition and Forestry Committee, is just the third Arkansan to receive the award. Other Arkansans to receive the Golden Plow were Sen. David Pryor (1989) and Sen. Blanche Lincoln (2008). American Farm Bureau President Zippy Duvall, a poultry, beef and hay producer from Georgia, will be on hand to officially present the award.

Two days of workshops and commodity division meetings will reinforce Farm Bureau’s role as the largest agricultural advocacy organization in the state. About 500 Farm Bureau leaders are expected to attend. It is just the second time the mid-summer conference has been held in Rogers and, for the first time, the organization will pair its Young Farmers and Ranchers conference with Officers and Leaders. The YF&R Conference will be held July 22-23.

Deacue Fields, recently named vice president of agriculture for the University of Arkansas System, will speak to the group. U.S. Rep. Steve Womack, in his sixth term as representative from Arkansas’ 3rd district, will also address the Farm Bureau leaders. Womack was mayor of Rogers before being elected to Congress.

Workshops at the O&L conference will cover topics such as estate planning and farm transition, expansion of broadband, and solar energy opportunities in agriculture. Commodity division meetings will be held for rice, cotton, beef, soybeans, wheat and feed grains, dairy, forestry, swine and poultry, allowing those committees to discuss potential policy issues that are or could be affecting those specific commodities.

“Arkansas Farm Bureau’s efforts on behalf of the men and women of agriculture are only as strong as the volunteer leaders at the county level,” said Rich Hillman, a sixth-generation farmer from Carlisle, who is in his third term as president of Arkansas Farm Bureau. “That is why we must provide those county leaders with the tools and resources they need to ‘make it happen’ in their communities. Across Arkansas, Farm Bureau members are making a difference in their community, through their involvement with Farm Bureau and other organizations that improve the quality of life for Arkansans.”

ArFB will also announce winners of its Young Farmer & Rancher competitions, which identify and highlight successful farm and ranch operations and the young farmers who are engaged in those efforts.