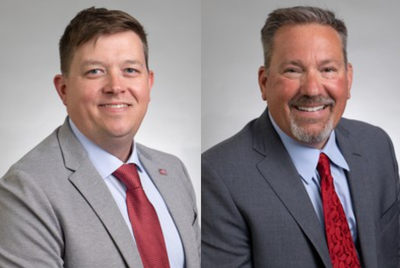 Brown and Powell will serve as senior field communicators with a focus on telling interesting and educational agriculture stories from across Arkansas. Brown will focus on the Southeast and South-Central regions and Powell the Northwest and Southwest regions of Arkansas.

“Today we are proud to welcome to our PR team two experienced communicators with deep agriculture knowledge,” said Steve Eddington, Arkansas Farm Bureau’s vice president, public relations. “Jason and Steve are well-equipped to tell the unique stories of Arkansas farmers and ranchers in addition to the immense value they bring to our communications team.”

Brown comes to ARFB from Indigo Ag, where he managed commercial PR for the Boston-based agriculture tech company. Before that, he spent more than a decade at The Communications Group, a Little Rock-based marketing and public relations firm, where he led PR work for number of agriculture and manufacturing clients. Brown, an accredited public relations practitioner, earned the designation in 2017 by demonstrating the mastery of strategic communication practice, competencies and ethical standards. In 2020, he served as president of the Public Relations Society of America’s Arkansas chapter and now sits on the organization’s board of directors as immediate past president.

Powell, who spent 14 years as an anchor and feature reporter for KATV, most recently served as outreach coordinator for the Arkansas Coalition for Obesity Prevention and provided communication support for the Arkansas Farmers Market Association. Previously, Steve owned and managed his own video production company, Traveling Pixel. Steve earned a marketing degree from the University of Alabama and studied broadcast journalism at Troy University.