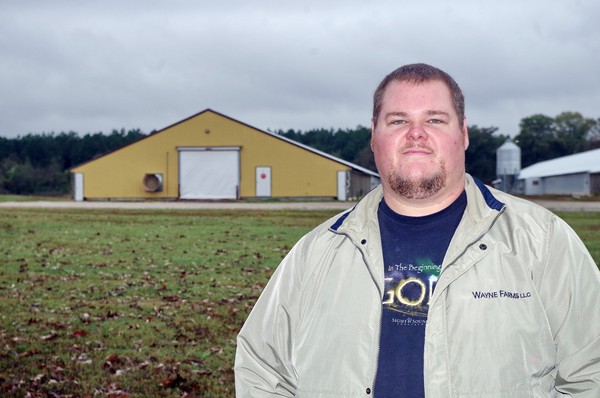 Hill once made a living watching grass grow … literally. Like his grandparents before him, he was a sod farmer on land scattered at the base of Petit Jean Mountain between Oppelo and Perry. He saw the opportunity to convert it all to poultry houses and now has 18 chicken houses where he raises broilers. He also serves as associate pastor at the First Baptist Church of Oppelo.

His farming success and leadership in Farm Bureau and his community landed him the award, which honors the memory of the late Arkansas Farm Bureau president Stanley E. Reed (2003-2008), who died in a July 2011 automobile accident. It’s awarded to an active member, 36 to 45 years old, for outstanding leadership within their county Farm Bureau and community. It’s intended to honor a county leader who has demonstrated the leadership qualities that were evident in Stanley Reed’s life and will help lead Farm Bureau into the future.

Hill, 40, is president of Perry County Farm Bureau and has been active in Farm Bureau’s Young Farmers & Ranchers Committee. He and his wife Erin have two children, daughter Ryley, 14, and son Ayden, 10.