Farmers, ranchers and agricultural leaders from across the state will come together for Arkansas Farm Bureau’s 87th annual convention, set for Dec. 1-3 at the Statehouse Convention Center in Little Rock.

The delegate body also elects the organization’s president and vice president during the business session. 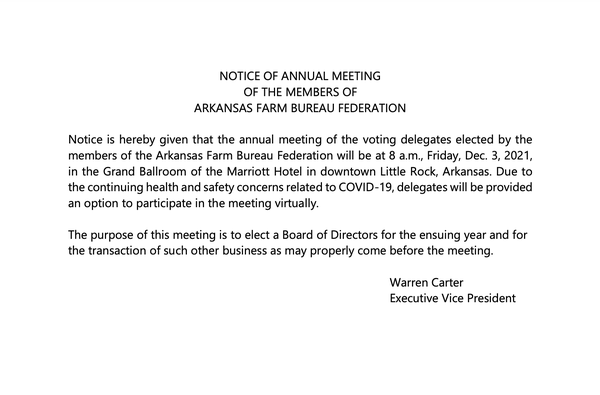